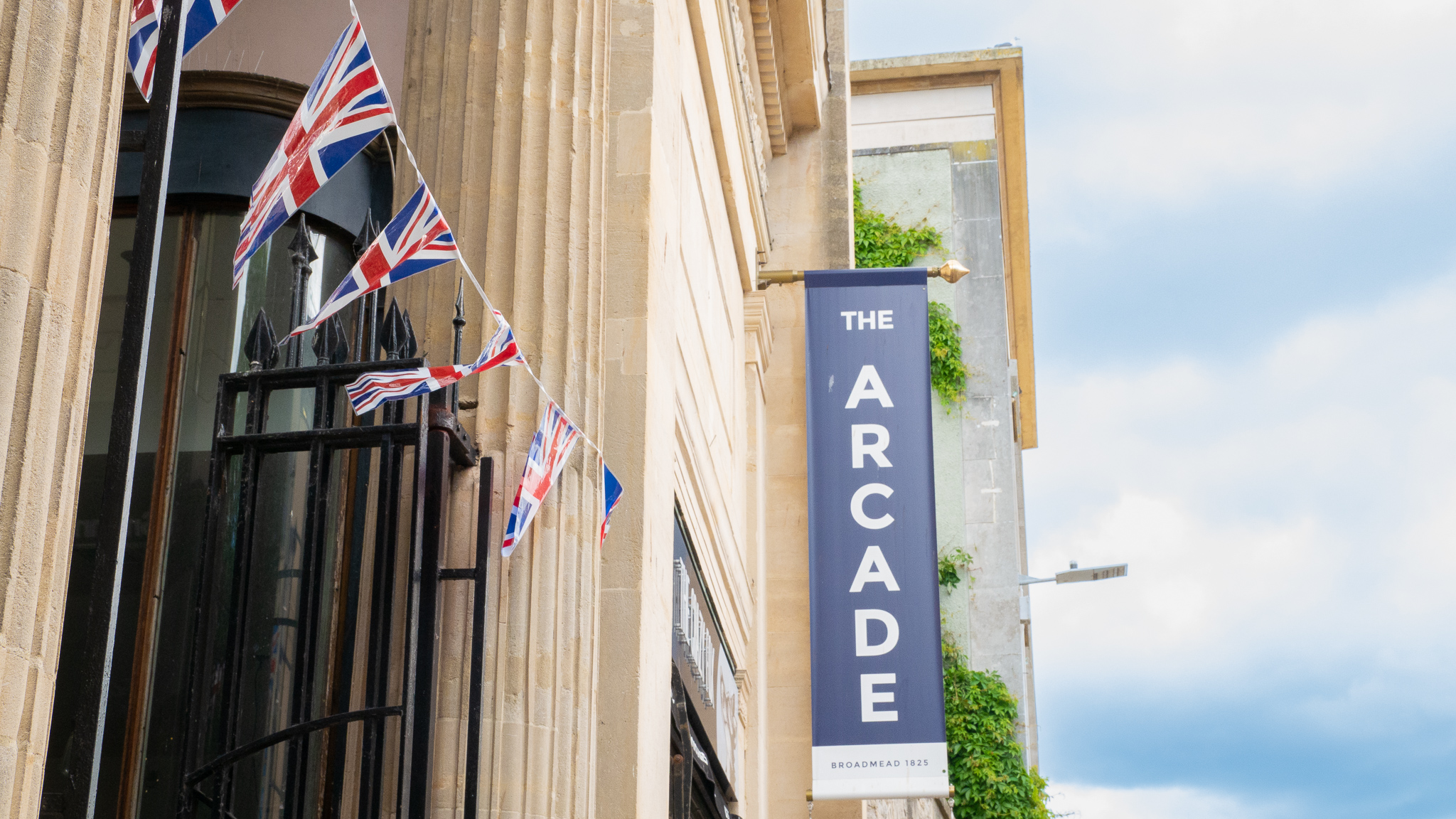 Revisit the History of the Bristol Arcade!

You know the Arcade - a community of inventive independent shops, between Broadmead and the Horsefair. But did you know the amazing history behind the building itself?

The Arcade came to be in 1825 (nearly 200 years ago!), making it the second oldest building in the local area (after John Wesley’s Chapel, just opposite). After being designed by James Foster and Sons the ‘Lower Arcade’ building started to take shape, along with its counterpart - the 'Upper Arcade' which linked the Horsefair with St James Barton. Both buildings were modelled on the Burlington Arcade in London, sporting huge Greek pillars and gorgeously spacious shops crammed with exciting wares. At the time, this was only the second arcade to be built in the country, but Bristolians have a habit of paving the way forward!

During the war, Broadmead was heavily bombed, destroying the entire Upper Arcade. The Lower Arcade, however, survived, and became known simply as 'The Arcade'. Over the years the shops would change, but they would always provide variety and excitement to people of Bristol.

The Arcade is woven into the fabric of people's lives, like one man who told us he had been a boy in the 1940s, and would stick his nose right up against the window of the magic supplies shop every weekend as he saved up! 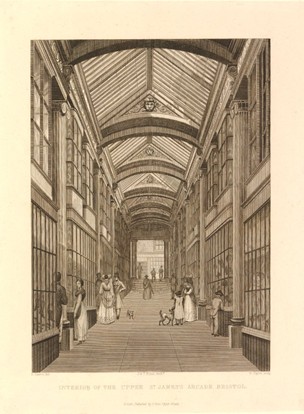 Surviving the war and having a bit of a facelift, the Arcade achieved Grade II Listed Building status in 1949 – a decision that prevented it being knocked down to make way for other shops! The right decision, we think! Our beautiful Arcade has been through a lot, and you can still get a feel for the history even now. Next time you're strolling through to do some independent shopping, try looking up at the gorgeous wall and ceiling design! And look out for the shops paved with original flagstones from the 1800s!

So whether you're a history buff, interested in your local development, or you just want to do a bit of shopping, you're always welcome at the Bristol Arcade.